My paternal grandmother, the late Mrs Eileen Mary North, MBE, was awarded the MBE on 30 December 1989 in recognition of her services as a voluntary worker at the Chesham Citizens' Advice Bureau. She gave the medal to the Chesham CAB who held it for many years, and tried to trace our family (unsuccessfully) in 2006. We later made contact in 2016, and in June 2017, I collected the legendary medal in Chesham along with a stack of newspaper clippings and a few stories - and managed to stop by their old house in Stanley Avenue, which I could just about remember visiting at the age of four in 1992.

The medal itself, and the box it came in: 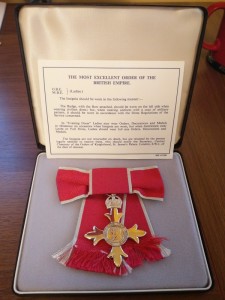 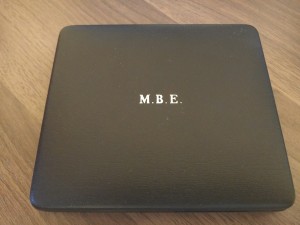 And the warrant of appointment. That's either the Queen's actual signature or a very convincing copy: 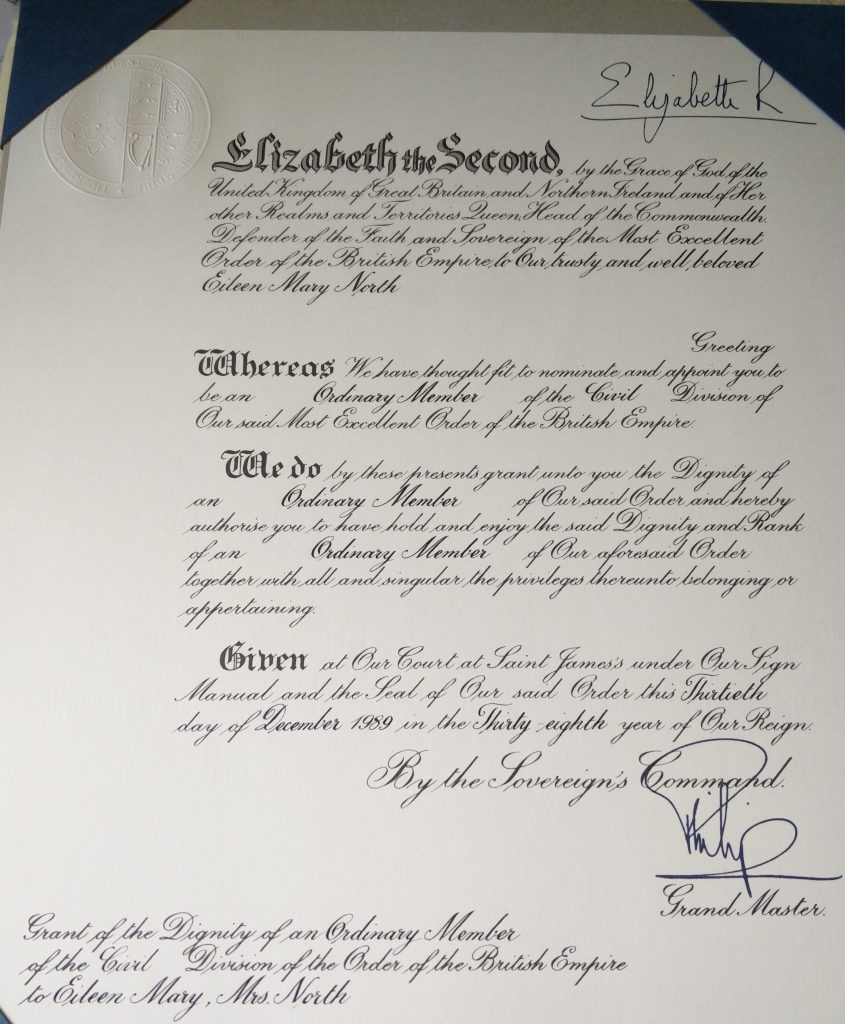 Prior to the award of the medal, Mary's long service did not go unnoticed: 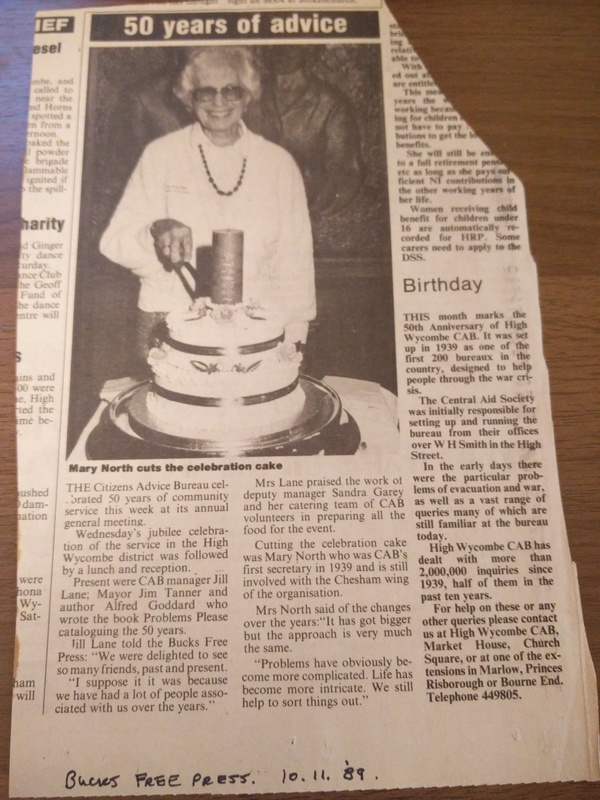 An article about the award, in the New Year Honours 1990: 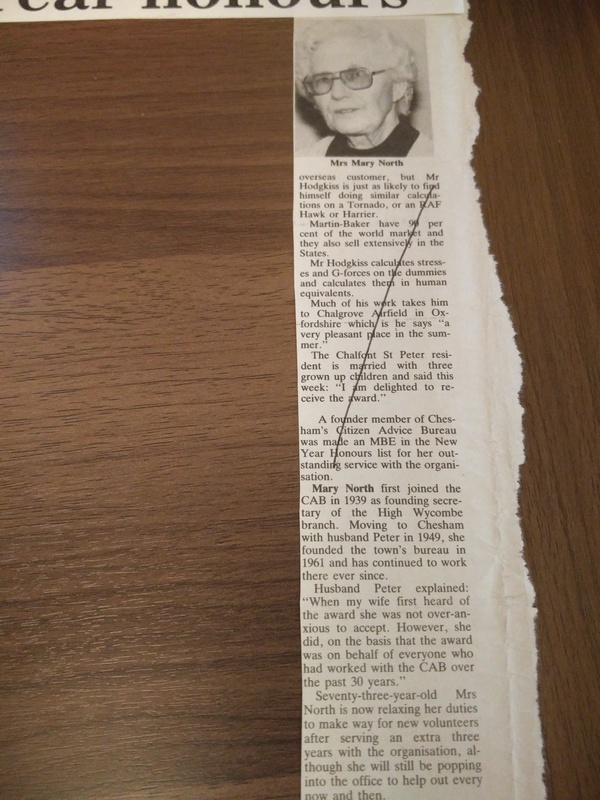 Some correspondence from the time: 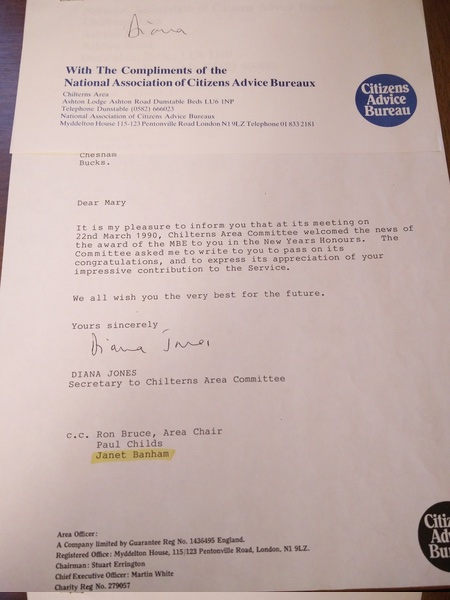 Mary with the medal. There is nothing on the back of this photo to confirm the date or location, but I presume it is at Buckingham Palace on the day of the investiture: 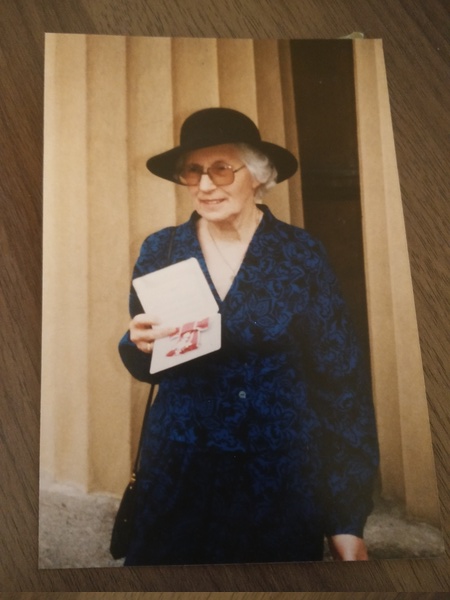 Mary's response to the letter above (family members tell me that this was actually written by Peter - you can tell because it's legible). An article about a CAB office move around the same time: 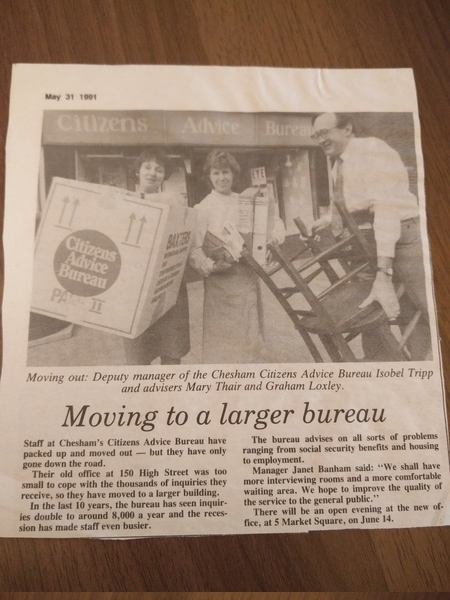 This letter refers to a bowl which my parents have looked after since my grandfather sold the house in Chesham in the mid 1990s: A few notes on how it all began, written by the lady herself - I'd not really known much about my grandmother's efforts until I read this in my car parked in Chesham in 2017, 25 years after her death: 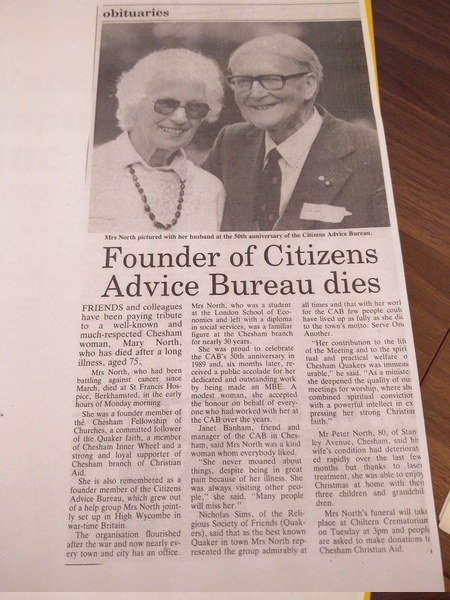 And finally - a few exterior snaps of 15 Stanley Avenue, Chesham - no longer in the North Family, but I stopped by on my way home for old times' sake: 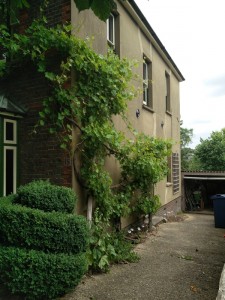 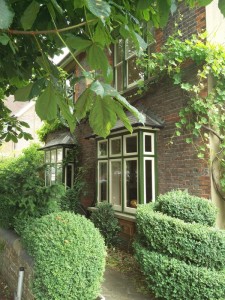 To complete the story, we needed the Warrant of Appointment which goes with the medal. This was returned to me by St James's Palace in autumn 2017 (photos above).