In June/July 2010 I spent ten days travelling in Rajasthan, India with friends; this is my diary of the trip (full list of entries here).

First full day out here, and I slept reasonably well in spite of the heat - thanks to the air conditioning and the jet-lag, presumably.

In the morning, we drove into the centre of Jaipur to see the city palace: 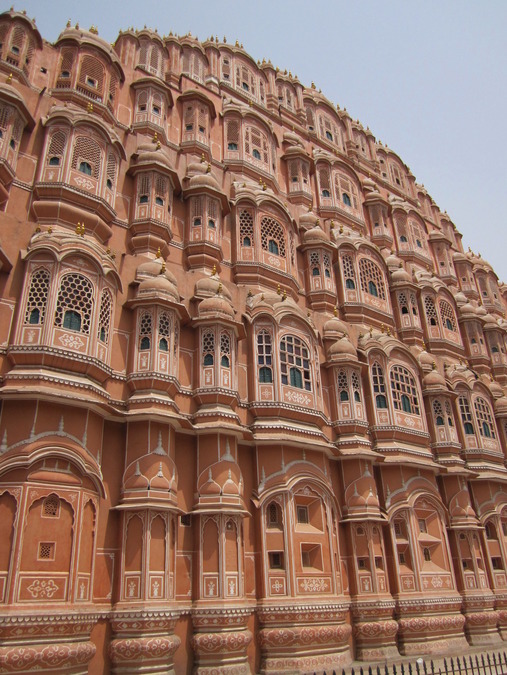 Behind the palace is the observatory. Measuring the movement and position of the stars and planets is important to Hindus as astrology is part of their religion. The life-size instruments were pretty impressive, and provided shade from the blazing heat: 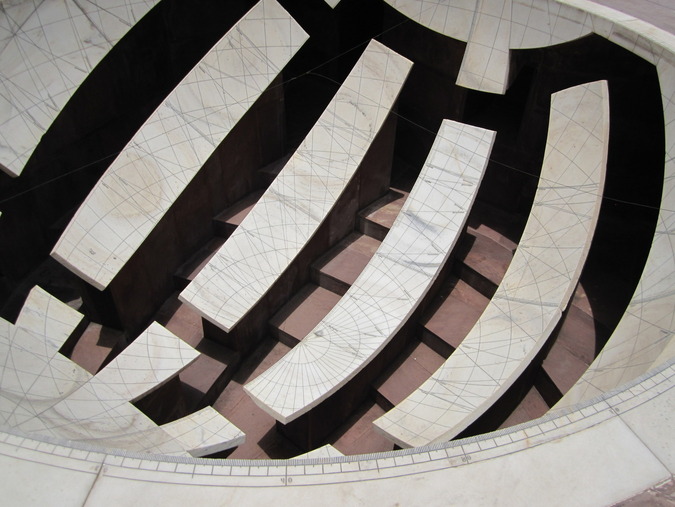 Instrument at the observatory

After lunch and waiting for the worst of the midday heat to subside, three of us ventured out to the Rambagh Palage Hotel - 700 rupees for a White Russian, which is pretty horrific in India, but about the same you'd pay in far worse surroundings in Oxford. Had a couple of those and lazed around enjoying the serious air conditioning.

That evening, K's family very kindly invited us out to dinner - as it turned out to the very same hotel! Fantastic food and unforgettable surroundings -a great dining room originally concieved by the British and immaculately refurbished.

I think of myself as a right-winger but couldn't help but reflect on the dark side of capitalism whilst being driven back from that dinner amongst the peacocks and fountains, past India's poor sleeping in the streets. While we were out there the government of Rajasthan cut the water supply from one hour a day to one hour every two days because of the lateness of the monsoon. If you're rich enough to have a tank on your roof, you don't mind, and if you're not, you go without for 23 hours out of 24...