"Read the error message" - Me

"It's always simpler than you think" - Me

Why am I going all philosophical on you? Well, I wasted far too much time last night on a networking problem, and as with 99% of the technical issues I run into, all of the above applied.

The problem was apparently straightforward: I powered down and disconnected my home 'server' which had been creaking away in a corner quite happily. It connected to my home network via a powerline ethernet adapter, and had a static IP address.

Later on, after my new internet connection had been installed, with consequent change of router, I plugged it all back in and couldn't ping the server. I checked the cable. I checked the power-over-ethernet thing. I theorized (wrongly) that Sky's router wouldn't talk to statically configured clients it hadn't handed a DHCP lease to. I drafted in Michael with some switches and tcpdump, and he established that no packets were emerging from my machine. A couple of commands later, we came to the conclusion that the network port didn't think it had a cable plugged into it.

At this point, I had a lightbulb moment and sheepishly admitted that this machine's onboard networking had died a year ago and I'd put in a new Ethernet port on a PCI card. Sure enough, moving the cable to the right network port made everything spring into life.

Assumption is, and always will be, the mother of all screw-ups.

I've ensured this won't happen again by taping up the dodgy port, as I ought to have done a year ago: 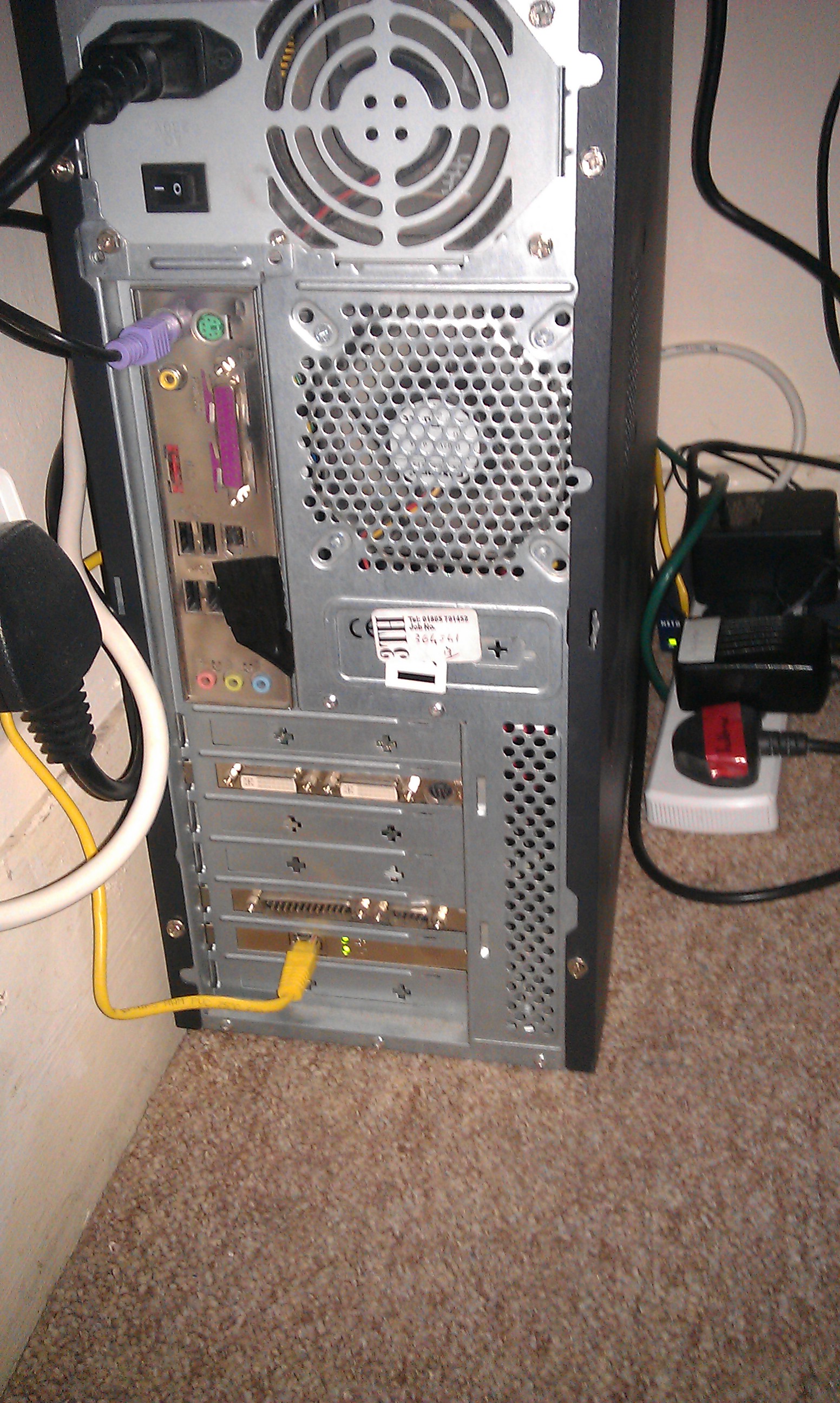 The previous owners of my new place were clearly old-school, because their kitchen re-fit included a single space for an appliance with water/waste and elect...

On 15 June this year, Microsoft will be dropping support for IE11 on most versions of Windows that most people have access to.