I got a letter this morning: 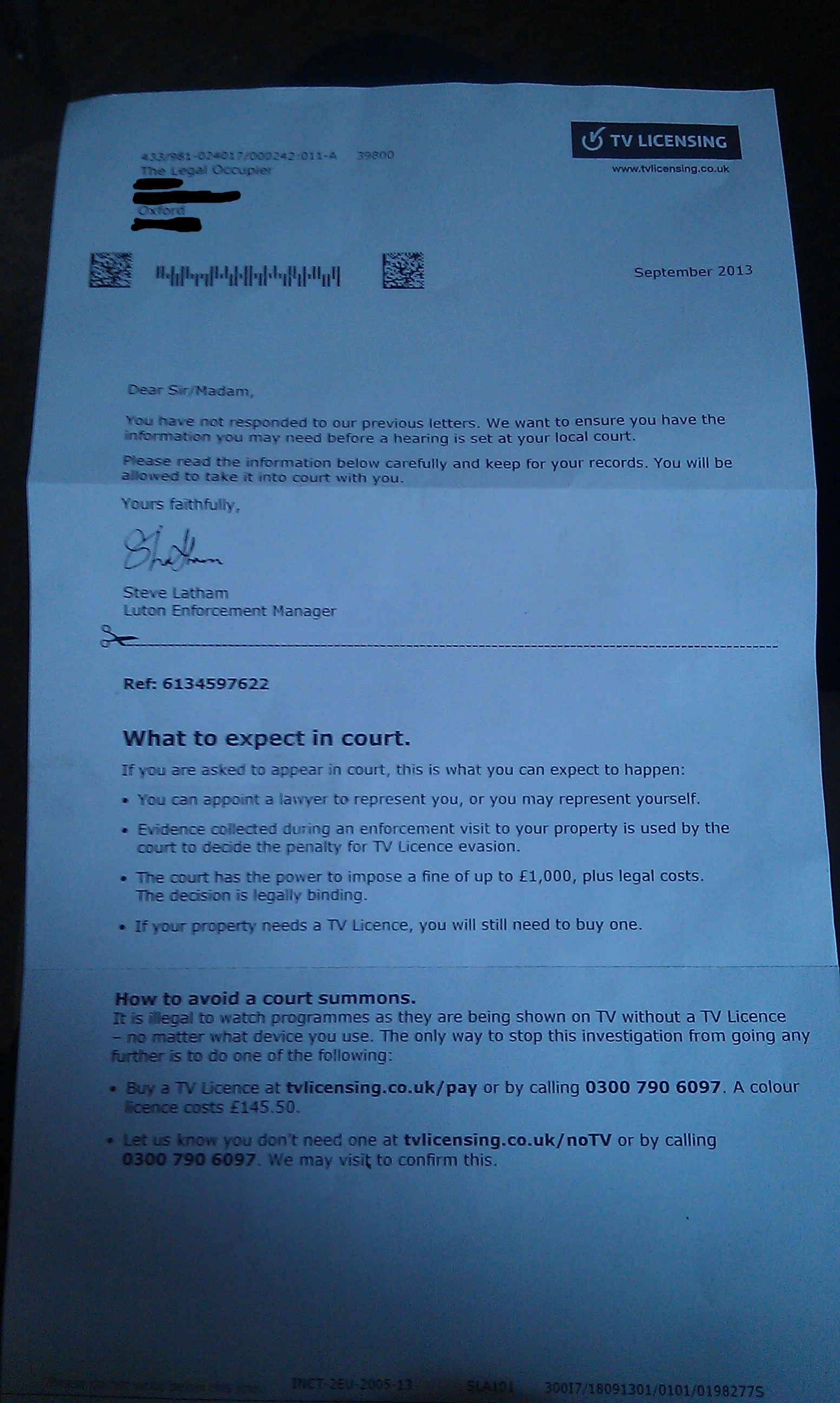 This made me angry for a number of reasons.

I have not received any previous letters, so either they're lying to me or such letters got lost in the post.

It adopts a threatening tone and starts out making it sound as though they're taking me to court. Given that my old housemate moved out last month and took the only television in the house with him (and we don't record or watch live TV on any other device), this strikes me as aggressive and completely without foundation.

I phoned them all ready to give a human being a piece of my mind. After navigating through four levels of menu system, a polite voice told me all their operators were busy and hung up on me.

I was quite tempted to ignore it and see what they do next, but for now I've given in and visited their website to declare I don't need a licence. They tell me that they 'may follow this up with a visit'. They can try, but since their inspectors have no legal right to enter my property or question me, it won't go well for them.

This kind of behaviour is exactly why we should scrap TV licensing and make the BBC compete on the open market like every other TV station. The letter merely upset me, but its effect on a more vulnerable or less well informed member of society could have been a lot worse.