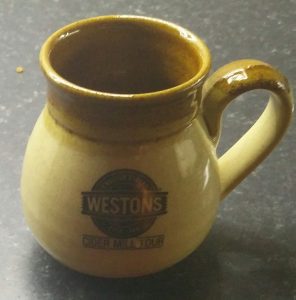 I've been away with a few friends this weekend to Ledbury, which, in case you were wondering, is near Hereford. In other words, it's the heart of cider country, and very close to the source of Stowford Press, my favourite on a night out (or in). So no prizes for guessing what we all did on Saturday morning.

This weekend was also my first chance to try out a recently acquired gadget, my IMuto 30000mAh battery bank. It's not light, but on a weekend away where I was driving anyway, taking it along was no great hardship. It takes forever to juice it up from 0 to full (about 3 days using the USB sockets in my flat), but once juiced, it's capable of charging my OnePlus Two overnight at least three times, and simultaneously taking care of my Huawei W1 smart watch. Really useful to have along on a trip, though it does have an annoying habit of cutting off power to the port if the device stops pulling for a moment (this happens with the watch when it hits full, and means it's dropped off a couple of percent by the time I wake up - but the watch is far longer lasting than the phone, so no great shakes). This should be the antidote to hotel rooms with not enough sockets, though the house we rented on this occasion actually had plenty of power bars for the modern traveller.