This is the story of one of those times.

The story begins in my garage, which happens to have an electrically operated door. 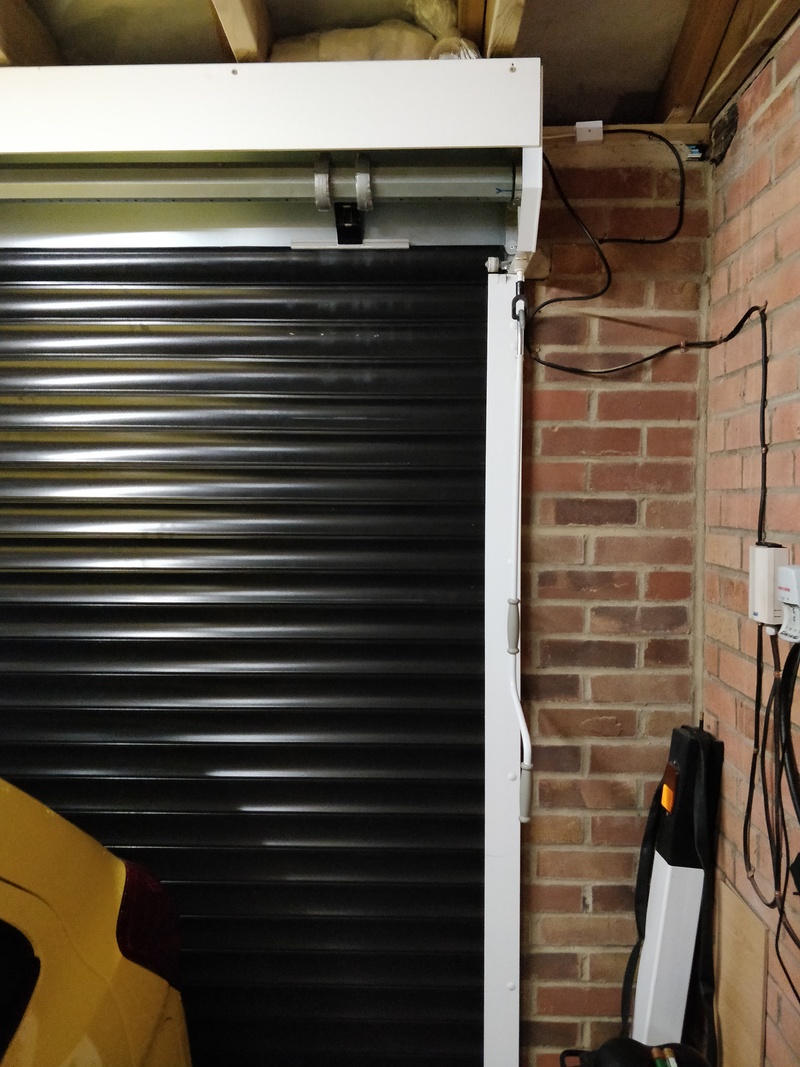 It’s one of those things I wouldn’t have spent my own money on directly, but it came with the house. You hit the button inside or on the remote, and it opens. Then you hit the other button and it closes. The door itself is made up of metal, slightly curved segments so it can wrap itself round the circular shaft at the top when it opens. 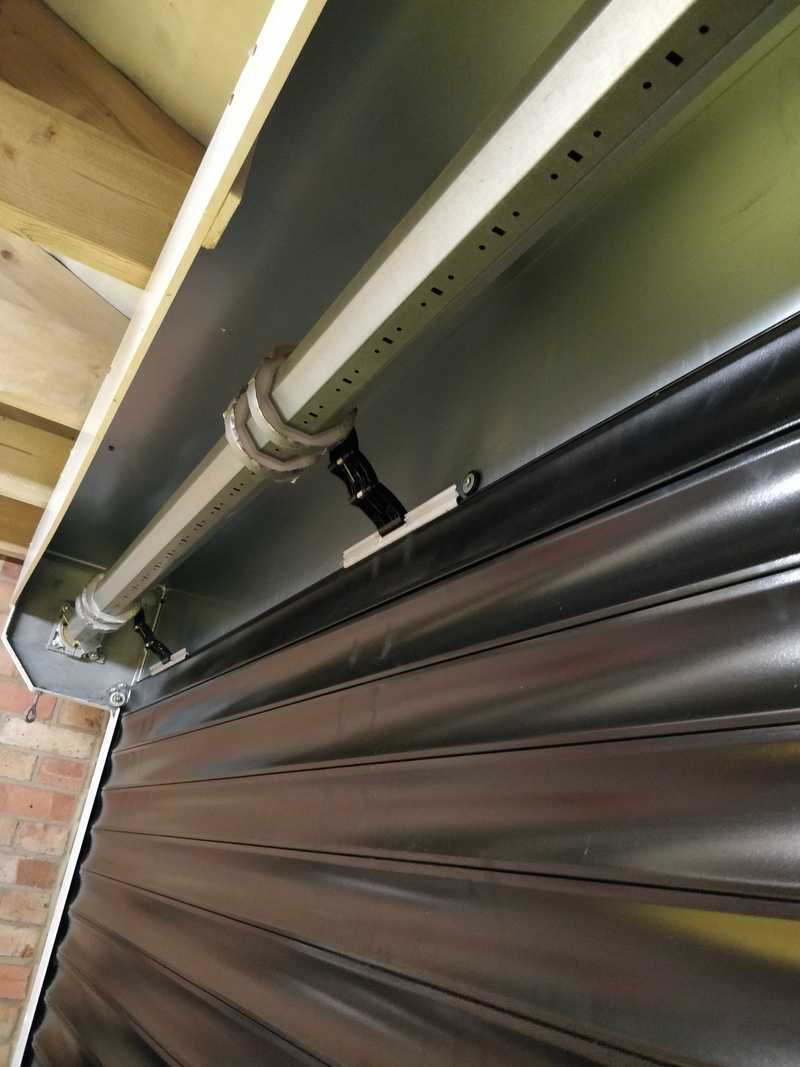 This is quite handy because you can park within an inch of it on both sides without blocking the opening: it slides directly up and down, not outwards or inwards.

Anyway, last weekend I accidentally closed the door while there was an obstruction in the way. Thankfully it wasn’t an organic obstruction and I managed to hit the stop button with no major harm done.

My mistake was to then manually wind the door back up and hit the close button, at which point the motor kept rotating after the door was closed, and there were these nasty snapping sounds…

Clearly the plastic straps holding the door onto the drum are designed to act as sacraficial parts in this situation, so you trash the straps rather than the expensive motor or the door itself (or whatever it might have hit on the way down). 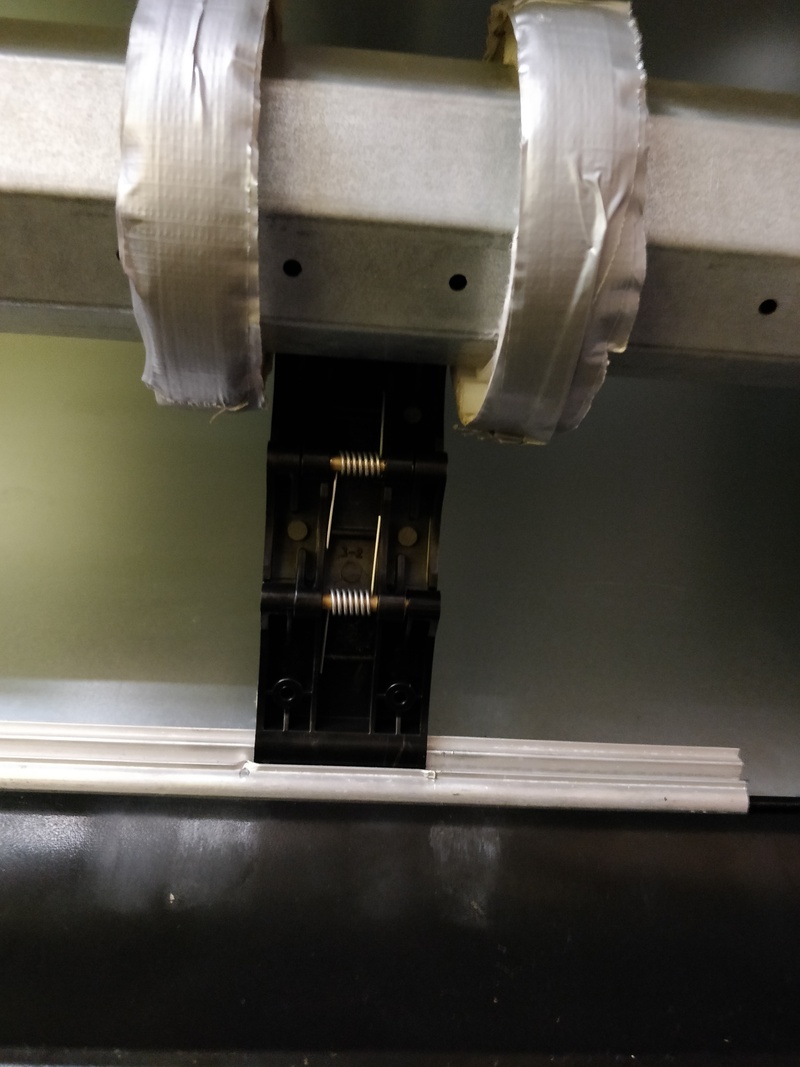 Job 1 was to give myself a good kicking.

Job 2 was to work out what the parts are called, so I could buy more.

It’s always an encouraging start when you find a label on the thing you’re trying to get parts for which isn’t even in the same character set as your language (the tube motor seems to have come from somewhere in the former USSR).

However, perseverance reveals that these things are called “locking hinge straps” and cost about £7 a pop. I’ve made more expensive mistakes than three of those, for sure. 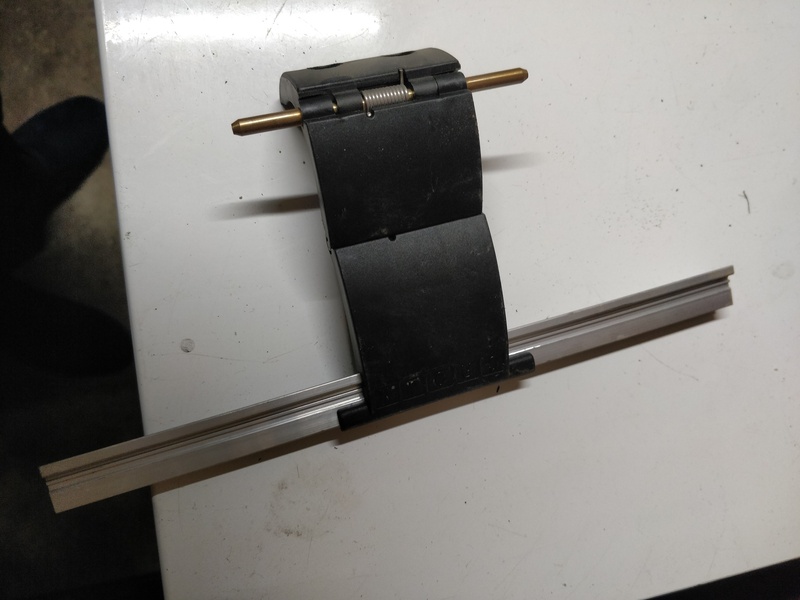 Having ordered up the replacements, I managed to fit them with a bit of trial and error.

First thing to note is that you should hit the close button to put the drum in the fully closed position without the door attached.

You then need to set the “open limit” to make sure it doesn’t open too far. To do this, you ideally need a plastic tool like this one with a hex head on the end: 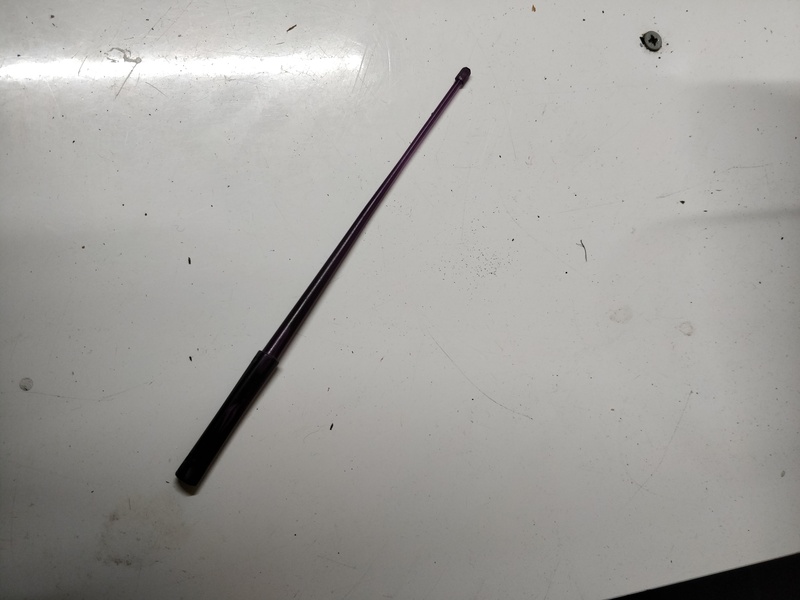 You then poke this into one of the two holes under the motor: 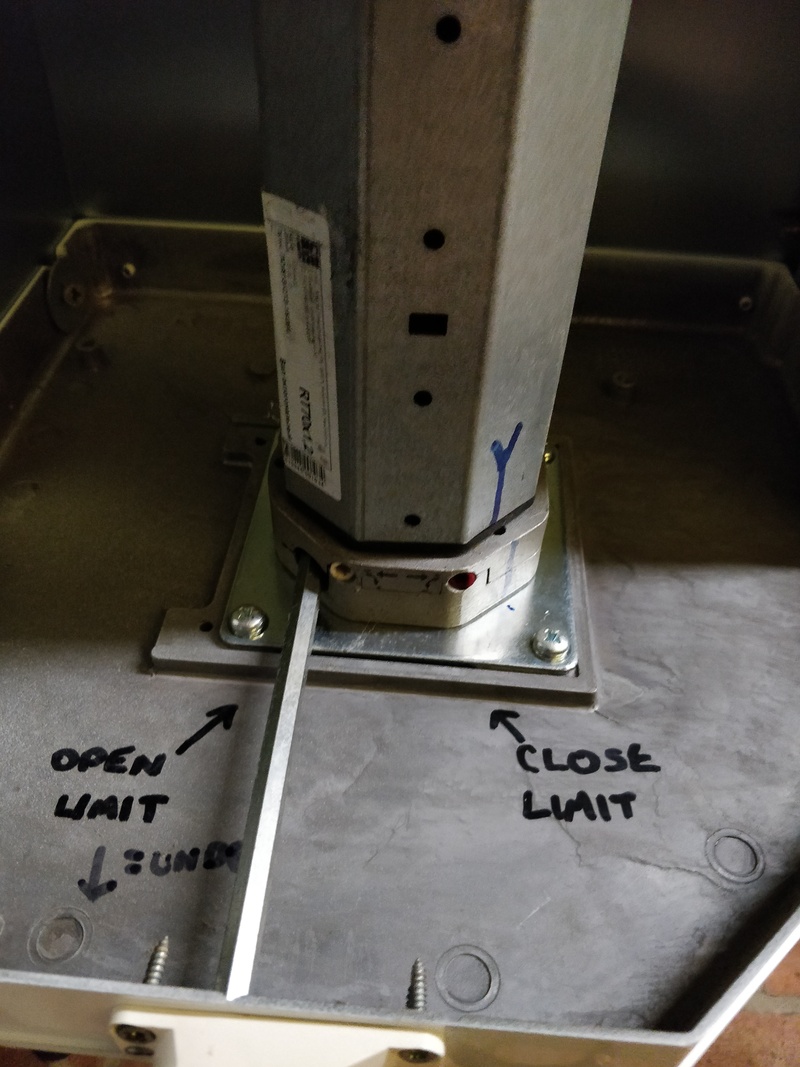 Hopefully someone has labelled them for you. One turn of the screw is often not very much movement of the drum, so take your time and get it right. If you do too many open/close cycles in a short space of time, you’ll trigger a thermal cut-out designed to prevent damage to the motor. Skip for an hour and try again.

Not quite what I planned to spend an evening doing in 2022, but all is now fixed.