Now that we have a networked system, it would be super-nice to extract the data about who is entering through which door at what time, and send it all to other systems for analysis and display.

There’s an API which is accessible from C#, but that seems to be restricted to people writing “official” integrations, and I just want to do something which works for me.

You can set “triggers” which do various sorts of alerting. Sadly there isn’t an option for “POST it all to this URL over here as JSON”.

Ross does it by redirecting the SMS trigger to his own endpoint, which is fair enough but prone to breaking when the software gets updated.

Well, a bit of digging reveals that Paxton runs out of an SQL Server database, and credentials for read-only access are not hard to find online.

However, I’ll admit to taking inspiration from someone else I know and doing something which has the stench of genius about it… 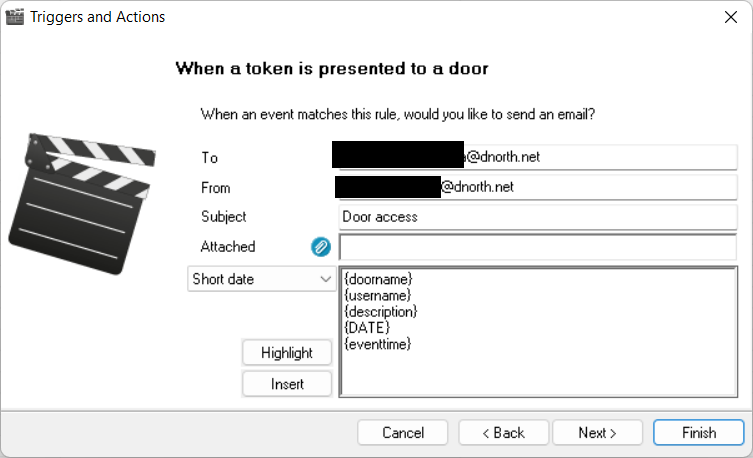 Yes, simply direct the e-mails all into a script at the other end and parse the fields out of them. E-mail doesn’t work in real time (or at least, it’s not guaranteed to), but this was the quickest thing to lash together and works very well.

With this data in hand, we can start to cross-reference building access with the bookings calendar, as well as firing off alerts if access is denied (e.g. because people are trying to get in outside of the hours they’ve been allowed).

A postcard from NOLA

When I jetted out of Newark at Halloween 2019, I didn’t expect it to be three years before I made it back to the USA, but there was this virus that went rou...