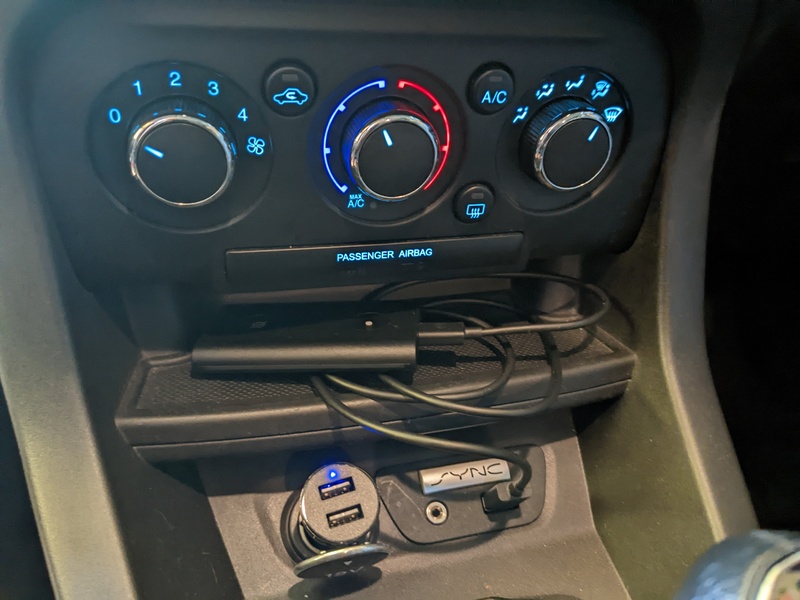 My car (a six year old Ford) has a reasonably decent bluetooth stack for playing music from a mobile phone and making/taking calls. It also has basic voice control which is good enough to say “call Fred Jones” without taking your hands off the wheel.

But, it’s not really up to changing tracks or radio stations, or dialing up the latest episode of a specific podcast.

Arguments about surveillance capitalism aside, I have various Amazon Echo devices around the house, so why not have one in the car too?

And indeed, the thought has occurred to Amazon and they make an appropriate device. Obviously it needs an internet connection, which it gets via your phone. The way it works is quite clever: rather than pairing with the car’s bluetooth itself, it leaves the phone to do that and sends all the audio via that route, which means one bluetooth hop rather than two, and no need for the car to get confused - it can still handle phone calls directly, etc.

I don’t do very much driving, but for the occasional longer run, being able to change playists on Spotify etc. is nice, as is being able to pull up podcasts. And streaming radio stations works better than fiddling around with the patchy DAB and FM tuners in the car.

Even from its position at the bottom of the centre console, the Echo Auto can hear me over engine noise etc. Meanwhile, my phone gets locked in the boot or glove compartment to avoid any temptation to fiddle with it by hand - which is of course against the law in the UK, and in most of the world by now.