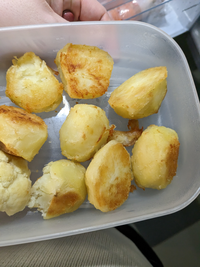 It came as somewhat of a surprise when I did the maths on how long ago I last attempted a Sunday roast. But given that I apparently don’t own a roasting pan, it can only have been in my last flatshare, which makes it almost a decade ago(!).

Anyway, it went pretty well, and as much for my own future reference as anything, here are some notes on it…

Now, if you’ll excuse me, I have some left over roast potatoes to eat. Having this much veg in my fridge makes me feel almost like a functioning adult, and I’m not sure I like it.